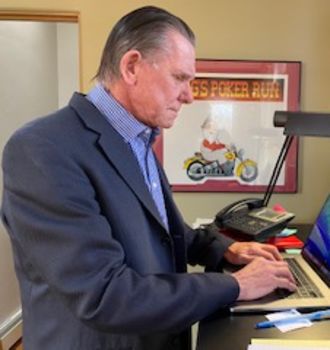 A Career Dedicated to Serving Others

Mr. Bowen was a shareholder, managing partner, and head of the litigation department with the firm of Lionel, Sawyer & Collins, which until recently was the largest firm in Nevada with some 90 plus lawyers with offices in Las Vegas and Reno. Mr. Bowen practiced commercial litigation with the firm since joining the firm in 1975. In 2005 Mr. Bowen left Lionel, Sawyer & Collins to form the law firm of Bowen, Hall, Ohlson & Osborne, which firm eventually became know as Bowen Hall. Upon Ms. Hall going in-house with a major hotel/casino, in 2017, Mr. Bowen founded Bowen Law.

Mr. Bowen has been responsible for numerous appeals to the Nevada Supreme Court and the Ninth Circuit Court Appeals where he has appeared and orally argued many times. Mr. Bowen is also admitted to the United States Supreme Court where he has filed an amicus curiae brief in a First Amendment free speech case.

"I utilize the skills I've gained throughout my career and the training I've received to provide top-notch legal guidance."

As a member of the Northern Nevada Disciplinary Panel, Mr. Bowen participated in and chaired numerous disciplinary hearings. As Chair, he was called upon to make evidentiary and procedural rulings. Mr. Bowen has conducted in excess of 50 mediations, both public and private, as the mediator as well as having participated in scores of mediations as a litigator. Mr. Bowen was recently appointed by the Nevada Supreme Court as an Eviction Mediator. Mr. Bowen has conducted numerous arbitrations as the arbitrator for both the Second Judicial District Court of Washoe County and the First Judicial District Court in Carson City. Mr. Bowen was recently retained by two private attorneys to arbitrate a contract and fraud dispute between their respective clients. The contract required arbitration and the parties stipulated to Mr. Bowen as the arbitrator and the District Court so ordered.

Mr. Bowen has also been previously retained as an expert in a case involving a dispute as to the reasonableness of attorney’s fees charged. Mr. Bowen concluded that the fees were reasonable and the case settled.